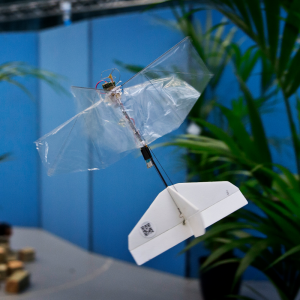 The DelFly is a bio-inspired drone that flies by flapping its wings. Flapping wing drones are currently much less well understood than rotorcraft or fixed wing drones. A main reason for this is that the aerodynamic principles underlying the generation of lift and thrust are very different – flapping wing drones rely on unsteady aerodynamic effects in order to fly. In the DelFly project, we study various aspects of flapping wings, studying the unsteady aerodynamics, investigating a control model that maps control commands to subsequent motion dynamics (system identification), exploring different designs and materials, and creating an artificial intelligence that will make these light-weight drones fly completely by themselves.

In 2018, we presented the “DelFly Nimble”, a flapping wing drone that steers with its wings and is able to perform very agile maneuvers. We have used it to study the dynamics and control of escape maneuvers, as are performed by fruit flies. Despite the 55x difference in scale, the dynamics of the DelFly and fruit fly were so similar, that it allowed us to provide an explanation for the motion of fruit flies. The findings of this study were published in Science (see below).

(2014), De Wagter, C., Tijmons, S., Remes, B.D.W., and de Croon, G.C.H.E., “Autonomous Flight of a 20-gram Flapping Wing MAV with a 4-gram Onboard Stereo Vision System”, at the 2014 IEEE International Conference on Robotics and Automation (ICRA 2014).(draft – pdf) – First fully autonomous flight of the DelFly, in which it avoids obstacles with onboard stereo vision. 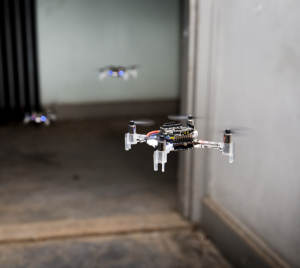 Whereas a single insect has very limited capabilities, a swarm of insects is able to perform complex tasks, like finding the shortest path to a food source. Inspired by this, it is expected that small robots will also be able to perform more complex tasks when they work together in swarms.

In my research, I work towards autonomous swarms of tiny drones that are able to navigate in unknown environments only with their onboard resources. In 2019, we have finished a project in which a swarm of tiny drones have to explore an unstructured, indoor environment (like a disaster area). The drones are small quadrotors, with a weight of 33 grams and a diameter of 10 cm. Their low weight and relatively low speed make the drones inherently safe for people, while the small size allows them to navigate even in very narrow indoor spaces.

The fundamental scientific challenge in creating autonomous swarms derives from the small size of the drones. It entails strict limitations in onboard energy, sensing, and processing, ruling out state-of-the-art approaches to autonomous control and navigation. Instead, we have developed efficient solutions for: (1) low-level navigation such as obstacle avoidance or flying through narrow corridors, (2) high level navigation allowing to reach places of interest, and (3) coordination with the other drones to explore the environment efficiently. Specifically, in 2019, we presented the “Swarm Gradient Bug Algorithm” (SGBA) in an article in Science Robotics. This algorithm allows a swarm of tiny Crazyflie drones to fly away from a base station, explore an area, and then come back to a wireless beacon at the base station. 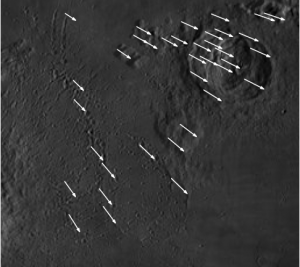 Roboticists look with envy at small, flying insects, such as honeybees or fruit flies. These small animals perform marvelous feats such as landing on a flower in gusty wind conditions. Biologists have unveiled that flying insects rely heavily on optical flow for such tasks. Optical flow captures the way in which objects move over an animal’s (or robot’s) image. For instance, when looking out of a train, trees close-by will move very quickly over the image (large optical flow), while a mountain in the distance will move slowly (small optical flow). Insects are believed to employ very straightforward optical flow control strategies. For instance, when landing they keep the flow and the expansion of the flow constant, so that they gradually slow down as they descend. Successfully introducing similar strategies in spacecraft or drones holds a huge potential, since optical flow can be measured with tiny, energy efficient sensors and the straightforward control strategies hardly require any computation.

My goal is not just to transfer findings from biology to robotics, but also to generate new hypotheses on how insects navigate in their environment. In particular, I investigate the algorithms involved in:
Optical flow determination: On a “normal” processor available on larger drones (500g) a standard optical flow algorithm can be run (e.g., FAST corner detection plus Lucas-Kanade optical flow tracking). On the tiny processors aboard our pocket drones (50g), new algorithms have to be developed in order to get a satisfying update frequency. Finally, over the past years new optical flow methods that are based on deep neural networks have been introduced. They are very successful, but what they do exactly is not yet well understood.
Flow field interpretation: Given the optical flow in the image, how can the robot extract useful information such as the flow divergence (expansion), the slope of the surface it is flying over, or the flatness of the terrain beneath the robot? Different approaches are possible here with different accuracies and amounts of processing.
Control: I analyze the nonlinear optical flow control laws theoretically in order to find better control strategies. This also means studying how to use optical flow for different tasks such as landing or obstacle avoidance.

A central belief regarding optical flow control, both in biology and in robotics, is that it does not require the robot to know distances. The reason for this belief is that optical flow as a visual cue does not provide information on distance per se, but on the ratio of velocity divided by height. In contrast, I argue that distances still play an important role in optical flow control. In 2016, I have published an article on this matter in Bioinspiration and Biomimetics. In particular, I analyzed constant optical flow divergence landing and uncovered that robots that do not change their “control gains” (the strenght of their reactions) will always start to oscillate at a specific height above the landing surface. This self-induced control instability at first sight seems troublesome, since it will always happen at some height along the landing trajectory. However, this problem of oscillation can be turned into a strength! If the robot can detect that it is self-inducing oscillations, it can know its height! In fact, it will not perceive height in meters but in terms of the control gain that will be ideal for high-performance optical flow control. Hence, robots can use this theory as well to find out what control gain is best for performance. For instance, for high-performance optical flow landing, the robot should adapt its control gains to the height all along the landing. This finding is not only relevant to robots, but also to biology, generating novel hypotheses on how they perform optical flow control. More information can be found here. 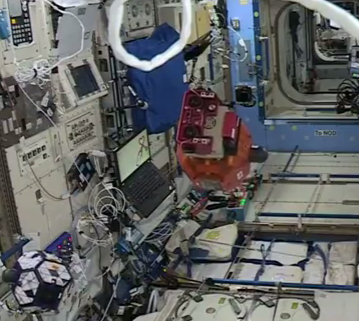 Learning is very important for animals, and it is commonly accepted that it will be very important to future robots as well. However, most current autonomous robots are completely pre-programmed. There are multiple reasons for this. For example, reinforcement learning methods work by trial-and-error, using the reward signals from the different trials as learning signals. The problem is that typically many trials are necessary for learning (in the order of thousands), something which is undesirable on most real robots. Definitely, robots such as the DelFly would not be able to learn in this way. A different learning method is imitation learning, in which a robot typically learns from how a human performs a task. This in turn requires quite some effort on the part of the human supervisor. Wouldn’t it be great if a robot could learn completely by itself?

In self-supervised learning (SSL), a robot teaches itself how to do something it already knows. This sounds strange of course, because why would a robot want to learn something it already knows? An example may help here. The picture shows the SPHERES VERTIGO robot, which is equipped with a stereo system (two cameras), with which it can see distances. The robot uses the stereo vision distances to teach itself to also see distances with a single, still image. After learning, it can then also navigate around the International Space Station with one camera – just in case things go really wrong. We performed the experiment with the SPHERES robot together with ESA, MIT, and NASA on the International Space Station in 2015, making it the first ever learning robot in space!

The last few years, I have studied different case studies, showing how SSL can extend a robot’s capabilities without risky trial-and-error learning. Learning is typically very fast, as it is supervised and as it can build on ample amounts of data coming from the robot’s sensors. This is especially important for data-hungry methods such as deep neural networks. 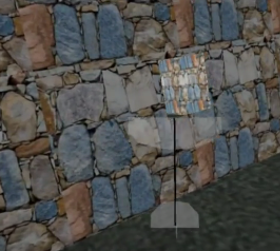 Small animals like insects perform complex tasks by linking together simple behaviors in a smart manner. For instance, male moths are able to find female moths by means of their odor. In turbulent air, this odor source finding problem is extremely challenging. The male moth successfully finds the female by (roughly) employing the following straightforward strategy. If it does not smell the female’s scent, it performs a “casting” maneuver. This implies flying to and from, perpendicular to the wind. If it does capture the scent, the moth flies up-wind. It does so until it looses the scent, after which it starts casting again.

The smart behavioral routines exhibited by animals may not be suitable for a robot, which has different sensing and actuation capabilities. Still, I would like robots to follow similarly smart, efficient behavioral strategies. To this end, I study the use of evolutionary robotics, in which robot controllers are not designed by the roboticist, but designed by an artificial evolutionary process. Some of my work is tuned to specific applications, e.g., how can a robot find an odor source? I also focus on improving the methodology of evolutionary robotics, and then especially on ways in which evolved controllers can be successfully employed by real robots (crossing the gap between simulation and the real world) and increasing the complexity of tasks that can be tackled with evolutionary robotics.